While Rwandan citizens continue to suffer from Kagame regime’s unilateral closure of its border with Uganda, the relentless media onslaught on Uganda’s leaders has escalated. You just have to read the most recent editorials of the regime’s outlets of the notorious Directorate of Military Intelligence (DMI), namely, The New Times, Virunga Post, Igihe, Rushyashya and social media.

The most pitiful, vicious, shameful, primitive, and despicable attacks to date were directed against President Yoweri Museveni and his family, including the deceased.

There is one Kinyarwanda word to describe Kagame: Umutindi. I stand to be corrected but in Runyankole/Rukiga, Omweinazi. The word describes a deeply ingrained poverty of a flawed and fraudulent character. Never in the history of Rwanda, from the Tutsi kings to the Hutu Presidents post-1959 (Mbonyumutwa, Kayibanda and Habyarimana) ever descended to such lowly and immoral mindsets and actions.

These insults and lies are venomous outpourings of self-inflicted frustration and deep-seated hatreds from a man who presides over a totalitarian police state.

It is simply not enough to describe and condemn these outrageous attacks on President Museveni’s family.

Let us try to understand the cause, motive and implications of this latest Kagame tantrum.

First, the MTN and Kale Kayihura cases prompted the Kigali regime, caught in the act, to close its border with Uganda. The recent arrests of several Rwandans in Uganda linked to Rwanda’s DMI left the regime in fits of hysterical frenzy to cover up its mess.

Second, Kagame had hoped that the border closure would antagonize Uganda to such an extent that it would provoke either skirmishes or a limited war between the two countries. President Museveni’s strategic silence towards Kagame’s adventurous moves has left the Kigali regime with dwindling options for an exit strategy, and a mountain of domestic challenges due to the border closure.

Third, Kagame’s psychological insecurities have come full brown, and increasingly projects them unto others whom he insults, imprisons and often kills. Many disappear and lucky ones run into exile only to be assassinated by DMI operatives.

The list of those who have been targets of Kagame’s abusive and psychopathic behavior in Rwanda, the Great Lakes region, Africa and the world at large is endless.

Fourth, Kagame and his coterie of sycophants have intensified their fabricated version of history among the peoples of East Africa. President Museveni, more than any other person in the whole of Africa and the world, unconditionally supported the Rwandese Patriotic Front (RPF) in its greatest hour of need. To the best of my knowledge, President Museveni has never claimed he was responsible for RPF’s costly military victory in 1994. He has not solicited gratitude from Kagame and the RPF, nor sought to control Rwanda. On the contrary, Kagame’ s obsession with regional control and plunder, by war or other means, is but a public secret. It must be said that Kagame and RPF would not have captured state power in Rwanda in 1994 without the political, diplomatic, moral, and material support of President Museveni and Ugandans in general.

It is an irony of history then that Kagame and his DMI would describe President Museveni as the cause of Rwanda’s problems in 2019. The Habyarimana regime never stopped describing the RPF invasion of 1990 as an invasion of President Museveni’s National Resistance Army (NRA) to establish a Hima-Tutsi empire in the Great Lakes region!

Fifth, and finally, the RPF regime was founded in 1994 in times of unimaginable suffering and great opportunity to unite and heal all Rwandans. This has been a total failure. Kagame has now crystallized the regime into a merciless band of loud-mouthed reactionaries whose only remaining instruments of ruling are insults, lies, and killing.

There are East Africans, Africans and the world at-large who are, and who may be, hoodwinked by Kagame’s money and the “Tutsi are the only victims of genocide, Kagame is their savior, and Rwanda is the new Singapore of Africa” false narrative.

Forewarned is forearmed. Former U.S. President John F. Kennedy in his 1961 inaugural address famously stated that “those who foolishly sought power by riding the back of the tiger ended up inside.”

SHAME ON YOU, KAGAME. YOU ARE NOT FIT TO GOVERN. 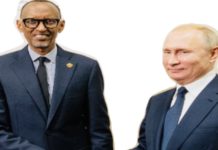 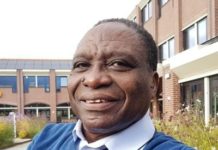 Victoire Ingabire’s Call for Development and Liberty in Rwanda