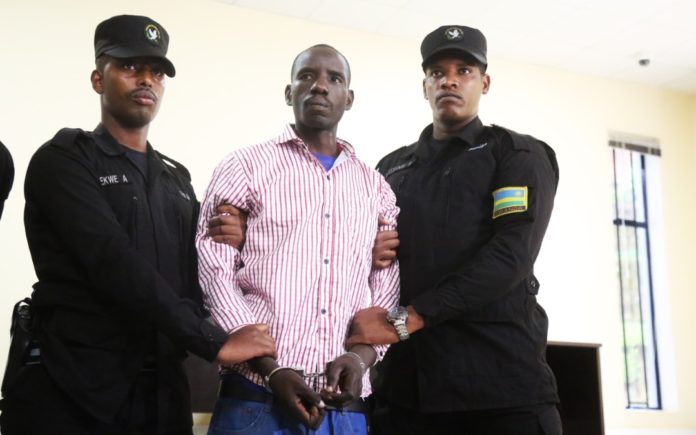 On January 17, 2020, the Rwanda Investigation Bureau (RIB) has organized a press conference to show to public people it considered as terrorists who had been apprehended in DRC and repatriated in Rwanda.

Among them, there was Mr. MUTARAMBIRWA Théobald whom the Rwanda Investigation Bureau (RIB) Spokesperson recognized as the General Secretary of the Social Party Imberakuri.

This press release aims at giving a clue to this issue and the Social Party Imberakuri has no intention to disown Mr. MUTARAMBIRWA Théobald since the later had been its General Secretary from 2009 to 2010 before being forced to leave Rwanda under the RPF INKOTANYI threat. He had fear of returning back to prison since he had been released shortly before.

The Social Party Imberakuri reminds the RPF INKOTANYI regime to ensure to Mr. MUTARAMBIRWA Théobald an equitable justice according to the domestic laws and other   international legal instruments ratified by Rwandan Government.

In This context, the Social Party Imberakuri reminds the Rwanda Investigation Bureau (RIB) to facilitate all those who wish to pay a visit to Mr.MUTARAMBIRWA Théobald notably PS Imberakuri members, friends, family members and eventually his lawyer.

Finally, the Social Party Imberakuri takes this occasion to call on Human Rights Organizations namely International Amnesty, Human Rights Watch and the International Committee of the Red Cross in order to look after this case of Mr. MUTARAMBIRWA Théobald.