“…determination is the key to success in politics, in the broadest sense of the word. You don’t need many resources to make your voice heard when you are defending a cause you believe to be just…” Padre André Sibomana

No one knows for sure how many Rwandans (read: Hutu) participated in the genocide that targeted Tutsi and Hutu moderates. However, several wild figures have been thrown around. Th conventional view (in no small part a creation of the RPF) is of Hutu masses turning against their neighbors. However, was it “ordinary” civilians killing? Was it the Interahamwe? Was it the FAR or a combination of all the above?

Scott Strauss has suggested that some 200,000 people participated in the slaughter. He does this by interviewing the convicted. His estimates are based on a deduction of how many people one convict killed. Since even the total number of Tutsi killed is still contentions (no one knows where or how the 800,000 figure came about), this is not without holes.

For one, the number of Tutsi killed has been on the increase. The government now prefers 1.2 million killed. However, some academics such as Susan Thomson settles for 500,000. Christian Davenport and Allan Stam massively rock the boat, suggesting that “more Hutus were killed than Tutsis”. This, for them, is based on census data. According to them, there wasn’t 800,000 Tutsis in Rwanda at the time of the genocide. More, the present government in Rwanda counts Tutsi genocide survivors as exceeding 300,000.

The number game though not necessarily important is not entirely useless. Again, this comes down to the fact that genocide is a political process. Some have dismissed Davenport and Stam for relying on the statistics of a government that was planning to kill Tutsis and participated in massive discrimination against them. It is assumed that such a government would have a keen desire to lower the number of Tutsis so as to justify the economic and political oppression. However, as Stam has asked before, aren’t genocidal regimes good at keeping numbers? The whole premise of genocide is that you track down your victims methodically and with remarkable speed. Indeed, this is exactly what happened in Rwanda.

There is another reason the numbers are important. Rwanda has one of the highest (if not the highest) incarceration rate. For all the talk of reconciliation, the prisons are still unbelievably crowded. I have visited a number of them and it is certainly a slow death. Of course, one shouldn’t have mercy for mass murderous; however, there are credible reasons to believe that some of the men in prison are probably innocent. This has to do with the poor record of Gacaca–where untrained judges were used to settle genocide cases.

I am also aware that there are some Rwandans still guilty of genocide who were never presented before Gacaca. This is are extremely disturbing cases since no one knows what the state will do with them. Its impossible to believe that the state would hold someone in perpetuity without any form of trial. It questions how deep the reconciliation rhetoric in Rwanda is. Like many things in Rwanda, you either take it for face value or you don’t. Serious evaluations are almost taboo.

Then there is another disturbing aspect of the reconciliation narrative. Men convicted and later “forgiven” are basically working as slaves, for the state and for rich individuals. They work for RPF companies, primarily in construction and completely with no pay. Many Rwandans, eager to save some coins have participated in this evil. Everywhere you see the men in their pink suits. Everywhere they toil in hard labor.

Again, I am not against men paying for their crimes. However, the number are critical if we are to make sure that the government is not oppressing innocent individuals. Also, important is an estimate of the number of Hutus who have died. Where they just innocent victims of the war? Where they targeted for killings? Were they perpetrators of the genocide meeting their revenge? We know for sure that many Hutus died, but there is little memory or studies done on that. And how can we talk of reconciliation?

Source: CRY FOR FREEDOM IN RWANDA 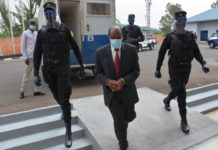 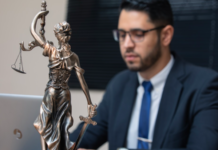 How Can You Ease your Court Mandated Charge? 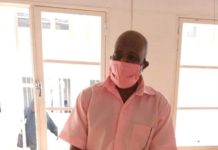