Saint Vincent Minor Seminary received its first student in September 1976 few months after the late Archbishop Vincent Nsengiyumva was installed at the Archbishop of Kigali Archdiocese.

It was moved to Ndera hill from Rulindo since the place was becoming smaller than smaller and first student was welcomed in November 1982.

This author was an eye witness as an altar boy and minor seminarian..

The late Archbishop Nsengiyumbva used to tell us, I quote: ” I spent many sleepless nights in order to build this seminary!”

Unfortunately, the founder Archibshop was assassinated by Paul Kagame led Rwanda Patriotic Front troops in Gakurazo on 5th June 1994 and he was buried in a mass grave at Kabgayi cemetery; His remains are yet to be buried according to the catholic way of burying its bishops despite numerous burials conducted on daily basis by the same church in Rwanda.

We always remember you and love you , until we met again on the other side!

Priestly ordination on June 18, 1966 at Ruhengeri. Studies in Rome , 1966: Master in theology and Doctorate in Canon Law at the Gregoriana University . Parish priest at Ruhengeri, official of the diocesan tribunal, professor at the major seminary of Nyakibanda. He was consecrated Bishop of Nyundo on June 2, 1974. Two years later, he was appointed Archbishop of Kigali on May 3, 1976. He received the Pallium on June 20, 1976 brought by His Eminence Cardinal A. Rossi.

A warm-hearted pastor and solicitous about the welfare of his clergy, he was a devotee of the Blessed Virgin and a sincere supporter of the Kibeho apparitions. An old friend of the late President for 10 years he was the vice-chairman of the social commission of the Central Committee of MRND (Mouvement Revolutionnaire National pour le Development). To the critics who openly blamed his involvement in the political life, he used to say: “I don’t see anything wrong. I want to collaborate with a government that represents the majority.” He resigned his post in December 1985. “His departure had been openly sought by the Catholic Church and appeared to mark an official separation between the Church and the State within Rwanda.”

He was doubtful about giving up his uncritical alignment with the elite who were responsible for the impending tragedy. Nevertheless, at the Te Deum of 31 December 1993 in the cathedral, he underlined the pastoral aspect of his ministry, free from political intentions. His presence at the peace march in Kigali , the day after, and his last letters confirm some change of attitude. In his message from Kabgayi we can read
“I beg and implore each one of those who are shedding blood to stop killing. I ask the Government of Rwanda and the RPA- Inkotanyi to stop the war and the troubles that destroy our country. May the person responsible for the renewal of the hostilities recognize that it was their attack that provoked the manhunt between the Hutu and the Tutsi, between the northerners and the Southerners, among the partisans of the different political parties and led to the shedding of blood.

The F.P.R. – Inkotanyi and the Government of Rwanda will be responsible for the destruction of the country and for the blood that will flow if they do not try to stop the deadly competitions. Will they have mercy on their brother who are dying or who stay outside during the night like animals? It is not by shedding blood that Rwandan people will reach democracy. The wisdom of our ancestors says: “Two people who agree to act in concert are stronger than eight people skillful with a bow.’ So the F.P.R.- Inkotanyi and the Government of Rwanda have to negotiate without delay and decide together how to settle the transitional institutions on a broader basis. That will be the only way to restore peace.” The appeal was to the point but, unfortunately, tardy, killed atGakurazo on 5.6.1994 (Hutu).

With the advance of the forces of the RPA, the Bishops of Byumba (J. Ruzindana) and Kigali (V. Nsengiyumva*) moved to Kabgayi. It was at the end of April 1994. Bishop Thaddee welcomed them and together they examined the situation. While the RPA was more and more sure of succeeding, the Hutu militia were reacting by making a lot of people disappear. The Bishops spoke against them: “You cannot arrest without a written order and you cannot condemn without a regular process.” Words to the wind. The militia threatened them: “If you don’t accept our behaviour, we will set Kabgayi on fire.” The Bishops could have escaped by fleeing into abandon these people. Our departure would increase their fear.” On 31 May, two days before the taking of Kabgayi by the RPA, the three Bishops wrote a letter to the Holy See asking for neutrality for the town.

They decided to abandon to their refuge on the morning of the 2nd of June, when shots began to be heard in different parts of the town. The soldiers of the RPA were approaching.

Towards 11 a.m., they were so near that the bishops realized that it was impossible to flee.

“Who is Nsengiyumva?” asked a soldier.
Bishop Thaddee answered: We are two Nsengiyumvu here
“We are looking for Vincent.”
The archbishop raised his hand: “I am here.”
“Our commander wants to you.” They took him towards the main Kigali-Butare Road. A few minutes later the soldiers returned, took the other two bishops and the priests and made for the thicket beyond the main road. The prisoners were subjected to a first interrogation.

The day after (3.6.1994) the RPA took them to Ruhango, 20 kms away and subjected them to a lengthy interrogation. The RPA had also sent a message to the Pallottine Sisters of Ruhango asking accommodation for the Bishops for the next night. But they did not appear.

They spent the night in a house beside the building of the sub-prefecture. The following day they were taken to the Josephite Brothers novitiate, at Gakurazo. The evening of 5 June, a commander said to all the prisoners in the refectory: “ Now, I have something to the Bishops and to the priest. The Sisters can go to sleep,”

In that large room the Bishops and the priests were in front of the official. Suddenly the main door was opened, and three or four soldiers aimed their guns directly at the prisoners and shot them.

A few hours later, the soldiers went to call the Sisters: You see, an undisciplined soldier has killed the Bishops. Go, please, and try to arrange things.” They said the same thing to the novices.

A terrible sight awaited the Sisters: in the refectory there was a pile of bodies and blood everywhere. They spent all the day trying to prepare the coffins, at least one for each Bishop and Bro. Jean Baptiste Nsinga, the Superior –general of the Josephites. There was some timber in the store of the novitiate. But since it was not enough for the coffins, somebody was sent to the parish to look for help. The religious who were still alive received the order to leave and go towards Busoro and Ntongwe Kinazi.

The bodies of the priest were buried in the garden beside the novitiate; those of the Bishops in the cathedral of Kabgayi. At their funeral Mgr. Venuste Linguyeneza remarked: “Nowadays in Rwanda , to do well or to do evil, seems to be the same. 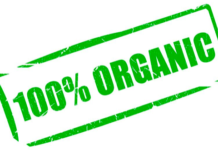 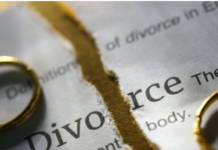 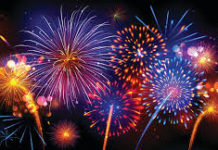