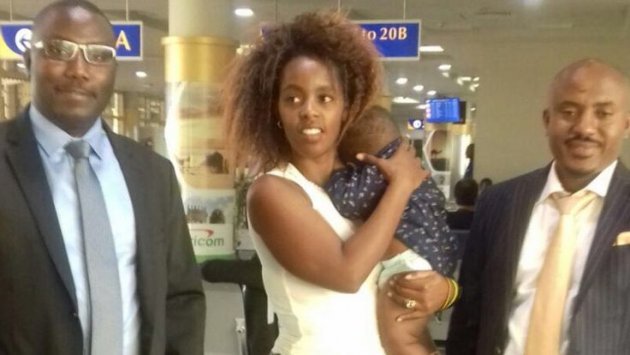 The Global campaign for human rights condemns in the strongest terms possible the alleged refusal of entry to three Rwandans to return home to exercise their political and civil rights.

On the 23rd of November 2016, the Rwandan government is alleged to have forced Kenya airways plane not to take on board three Rwandans, whom included the leader of an opposition party Ishema, Rev Father Thomas Nahimana. The latter accompanied by one man and a lady who has an 8-month baby were heading to Kigali to register their political party with a view to participate in the forthcoming 2017 presidential elections.

The decision is a violation of the international legal instruments which Rwanda is party to. For example the Universal declaration of human rights does specifically reaffirm the right of everyone to have a country and the right for every citizen to exercise their political and civil rights.

We would like to recall that the reason given by the RPF when it invaded Rwanda in 1990 was that the government of President Habyarimana had refused them to return home.

It is quite revealing to realise that this comes shortly after the European Parliament passed a resolution on the 6th of October 2016, which condemned “acts of intimidation, arrests, detentions and prosecutions of opposition party leaders, members and activists, as well as journalists and other perceived critics of the Rwandan Government, solely for expressing their view”.

The action of the Rwandan government also contradicts its campaign abroad that refugees have nothing to fear to return home.