Normally, in Rwanda, it is only the president, Paul Kagame, who has the privilege of abusing people. Kagame does not spare anyone – whether Rwandan or non-Rwandan. And the Rwandan Parliament is Kagame’s favourite place to insult and threaten people.

It is in Parliament that Kagame famously stated that he would smash “mosquitoes with hammer” – meaning that he would kill his political adversaries. It is the same Rwandan Parliament that Kagame recently denounced “somebody who failed to become president” and who therefore does not have “immunity.” Immediately, Diane Shima Rwigara, her sister Anne Rwigara, and their mother, Adeline Rwigara, were locked up in their home. Diane Rwigara’s crime was to attempt to compete against Kagame for the presidency. The Rwigaras have now been thrown in jail for “inciting insurrection” against Kagame.

The culture of abuse, insulting, and name-calling is spreading. On October 19, 2017, in Rwandan Parliament, MP John Rukumbura denounced the Head of Human Rights Watch, Kenneth Ross. Ross is a dog and genocider – said parliamentarian Rukumbura.

Dear John, shame on you. Shame on you Rwandan Parliament.

Parliaments and legislative bodies around the world enforce basic standards. Words or phrases that are deemed inappropriate are not allowed in parliaments. Abusive language is generally known as “unparliamentary.” This includes, but is not limited to the use of profanity. Rwanda is different – unparliamentary language is now fashionable.

But surely John, do you have to join the club of abusers? Is your issue the findings in Human Rights Watch reports such as “We Will Force You to Confess – Torture and Unlawful Military Detention in Rwanda”? Why don’t you disagree with Human Rights Watch and say so – why call Ross a dog? Or a genocider? I understand that you folks in Rwanda Parliament also want to throw Human Rights Watch of the country. I dare say that when you call the leader of an organization a dog, one does not get the sense that you are intellectually engaging the contents of their reports. Further, throwing the organization merely indicates that Rwanda is authoritarian – as opposed to innocent of the horrendous atrocities which HRW is highlighting.

Dear John Rukumbura, you have now officially joined Kagame in soiling the Rwandan Parliament. You may feel good that you are in company of the most powerful of the land. I doubt history will judge you kindly. 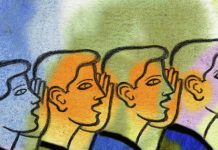 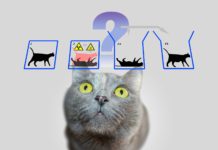 After Kizito Mihigo’s death, Paul Kagame became a Schrödinger’s cat but now he is definitively … 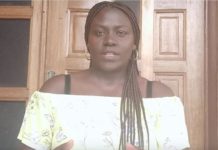 Rwanda: Idamange Iryamugwiza Yvonne Delivered Another Major Speech Before She was Arrested