As they say truth liberates.

A saying which perhaps is today relevant to the situation of Francois Bugingo, a Canadian journalist of “Rwando-Congolese” origin.

He is in the Canadian and other news nowadays. He could’ve saved a multitude of lives including his own that he instead condemned through his lies.

This article is not about him but something else – truth – that journalists and people in the public life and institutions they represent are expected to provide and project to the general public.

An example of a true fact: a statistic from a national census, provided that it can be reliable. Tharcisse Renzaho, author of a recently published book on Rwanda: “La bataille de Kigali” talks about the approximative number of Tutsis who were in Kigali close to the time of the Rwandan tragedy of 1994.

He was in Kigali among the few public figures who remained in the Rwandan capital during April/July 1994, and as Mayor of the city, helped in sheltering and supporting tens of thousands of refugees (Tutsi, Hutu and Twa coming from different parts of the city or the country) who were seeking sanctuary in his constituency.

“According to the census of 1991-1992, the Tutsi population of the city of Kigali (and its suburbs) was estimated at 39,000 people,” he explains. (p.238) Christian Davenport and Sam in the conclusions of their research study in Rwanda indicate a death toll of Tutsis who died in the Rwandan genocide as varying between 50,000 and 350,000 for the entire country.

Today we know the entire Rwanda is covered by memorials said to be mainly of Tutsi killed during that period of 1994. The official narrative of RPF regime wants us to believe that there has been more than 1 million dead and understandably mainly Tutsi according to its approach of estimations.

I was intrigued by the statistic of 39,000 Tutsis previously living in Kigali, while being well aware today of the 250,000 people whose skeletons are displayed as Tutsis at the Genocide Memorial of Gisozi. They are then sold to the world tourist industry, or used to make feel bad some foreign visitors and or humiliate and blackmail Hutus who constitute a significant part of the Rwandan society.

“La bataille de Kigali” gives plausible indications about the identity of some of the skeletons at the Gisozi memorial. Though the population of Kigali in 1991 was around 234,000 people, it is worth asking where the numbers of skulls exhibited at this Memorial came from, who are they or when they were killed and by who.

There is one hypothesis that I wouldn’t want even to imagine, since so far no field study has told us how many people among Kigali residents were killed during April/July 1994. The hypothesis is that of considering that the majority of people whose remains are today displayed at the memorial of Gisozi were mainly Kigali residents since the two numbers are somehow close (250,000 against 234,000 + 1992 and 1993’s city population growth).

According to Tharcisse Renzaho, among the skulls of the Memorial of Gisozi, some are most likely from the carnage committed by RPF during the night of May 21st leading to May 22nd, 1994 in the area located between the farm of Rubirizi and Kicukiro centre.

He explains his views on the matter:

“…the cession of the international airport of Kanombe to MINUAR (Mission of United Nations for Assistance to Rwanda), which wanted to make it become a neutral zone, only facilitated its occupation by RPF forces (which at the time worked closely with General Romeo Dallaire – MINUAR Commander). There was going to be a big catastrophe, because RPF troops, using the strategic position of the airport, encircled rapidly and shelled the military camp of Kanombe. During the night of May 21st leading to 22nd, 1994, RPF attacked the camp forcing thousands of refugees who had found shelter there to flee towards the area of Busanza in the direction of Kicukiro leading to the centre of Kigali city. Those thousands of people were massacred by RPF troops between the Rubirizi farm and the centre of Kicukiro. RPF troops had just occupied the only remaining exit passage between the area of Kanombe and Kigali city, this since the night of May 21, 1994. That embush put in place by RPF troops took lives of thousands of people who were escaping from Kanombe, after the occupation of the camp by RPF troops. It was one of the most horrible carnages that are not talked about (in the Rwandan tragedy)!”

Those thousands of people who died that night had come initially from different rural areas East and South East of Kigali. They had thought that by being at the military camp of Kanombe, they would be protected. It was nearly two months that war had been raging. They ignored that the Rwandan government army was under an international military embargo following a decision taken by the Security Council on May 17th, 1994. It was only a matter of days or weeks before their protectors would be defeated by RPF troops. The defeat of the military camp occurred only within four days starting from the UNSC resolution for a military embargo for Rwanda.

It is widely sustained by many credible sources that RPF regime is built on a pile of lies. If one wanted to comprehensively talk about them, they would write tons of books. Demographics and identities of the victims of the Rwandan tragedy since October 1st, 1990, date of invasion of Rwanda by RPF rebels coming from Uganda, are areas of such prolific lies. It is by exposing them that survivors and the new Rwandan generation will be mentally liberated to be able to move on sustainably and stop from being held back by ignorance.

In case you wanted to order the mentioned book “La bataille de Kigali”, please click HERE. You will gain new insights about the Rwandan tragedy rarely found in other sources. 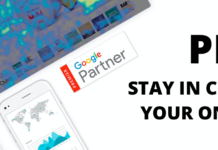 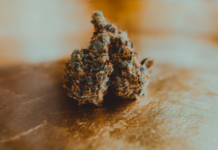 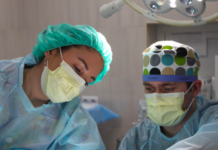