Few days ago, while the plane was negotiating the force of gravity; at the ground speed of 977Km/hr, altitude: 9734 meters; Direction: 12.090 North East; i made myself comfortable listening to one of Rwanda’s opposition radio programs. Impressed I was not.

Two days ago; a friend sent me a clip of Rwandan President Paul Kagame’s speech to a selected few Rwandan universities students at Kigali Convention Center. Impressed I was not.

Few hours ago, news reports from Kigali indicated an un-usual citizen action of blocking Kigali city center- Nyamirambo road because of non-payment of the very workers who constructed the road. Impressed I was not.

The lowest common denominator in all the three stories is confusion, lack of tact, helplessness and hopelessness. Look, President Kagame- a former rebel leader turned President (Did he leave the army by the way?) is known for many things- including finding you where you are in case you pose a threat to his hold on power. But in the clip, I listened to a desperate general drawing lines that people shouldn’t cross. In my formative years, I used to hear him saying he will go for the enemy in his own operational area. This time, he is waiting for the enemy to cross the line (into Rwanda). Things change so fast. Who thought the almighty would feel helpless one day? How things got here is a subject for another day.

While dissecting the hopelessness and helplessness, an opposition radio was busy relaying to its listeners how its parent party leaders are hardcore criminals and super dictators. The splinter-group leaders directed all their energies convincing their audience how evil RNC leaders are. I would have given them a benefit of doubt had they not said that General Kayumba Nyamwasa sent Charles Kambanda and I to propagate genocide denial on their former radio. Meanwhile, on another opposition radio, two prominent Hutu oppositions politicians were literally massacring each other.

With Rwanda at a presumed near state of war, her opposition is busy massacring each other. Amidst the plot is a terrified citizenry longing for a misplaced hope. Let us be clear: President Kagame has so many credits under his belt. Effectively eliminating political dissent is not an attribute of the weak. How sustainable it is, is a different matter. The opposition as well shouldn’t be robbed of its successes. But rain comes when it is least needed; thus why the citizenry should reclaim their locus standi. And the question is how.

Unseen by many, Paul Kagame’s most important source of power is not the military or his omnipotent intel services. It is the Rwandese people. Unquestioning submission to authority and rulers has been long inculcated in our population. The social, political, economic, and even religious institutions of the society — outside of state control — have been deliberately weakened, subordinated, and some replaced by new regimented institutions used by the state or ruling party to control the society. The population has often been atomized (turned into a mass of isolated individuals) unable to work together to achieve freedom, to confide in each other, or even to do much of anything at their own initiative.

The result is predictable: the population has become weak, lacks self-confidence, and is incapable of resistance. People are often too frightened to share their hatred of the dictatorship and their hunger for freedom even with family and friends. People are often too terrified to think seriously of public resistance. Instead, they face suffering without purpose and a future without hope. The truth is simple to deduct. Dictators require the assistance of the people they rule, without which they cannot secure and maintain the sources of political power. Paul Kagame’s source of political power and legitimacy depend on acceptance of the regime, on the submission and obedience of the population, and on the cooperation of innumerable people and the many institutions of the society. Full cooperation, obedience, and support increase the availability of the needed sources of power and, consequently, expand the power capacity of any government. On the other hand, withdrawal of popular and institutional cooperation with aggressors and dictators diminishes, and may sever, the availability of the sources of power on which all rulers depend.

Without availability of those sources, the rulers’ power weakens and finally dissolves. Naturally, dictators are sensitive to actions and ideas that threaten their capacity to do as they like. Dictators are therefore likely to threaten and punish those who disobey, strike, or fail to cooperate. However, that is not the end of the story. Repression, even brutalities, do not always produce a resumption of the necessary degree of submission and cooperation for the regime to function.

The degree of liberty or tyranny in any government is, it follows, in large degree a reflection of the relative determination of the subjects to be free and their willingness and ability to resist efforts to enslave them. Contrary to popular opinion, even totalitarian dictatorships are dependent on the population and the societies they rule. Niccolo Machiavelli argued that the prince “. . . who has the public as a whole for his enemy can never make himself secure; and the greater his cruelty, the weaker does his regime become.” Three of the most important factors in determining to what degree a government’s power will be controlled or uncontrolled therefore are:

(1) the relative desire of the populace to impose limits on the government’s power;

(2) the relative strength of the subjects’ independent organizations and institutions to withdraw collectively the sources of power; and

(3) the population’s relative ability to withhold their consent and assistance.

Recent history shows the vulnerability of dictatorships, and reveals that they can crumble in a relatively short time span: whereas ten years — 1980-1990 — were required to bring down the Communist dictatorship in Poland, in East Germany and Czechoslovakia in 1989 it occurred within weeks. In El Salvador and Guatemala in 1944 the struggles against the entrenched brutal military dictators required approximately two weeks each. The Marcos dictatorship in the Philippines fell before people power within weeks in 1986.

That is not the whole story, however. Identifying the achilles’ heel A myth from Classical Greece illustrates well the vulnerability of the supposedly invulnerable. Against the warrior Achilles, no blow would injure and no sword would penetrate his skin. When still a baby, Achilles’ mother had supposedly dipped him into the waters of the magical river Styx, resulting in the protection of his body from all dangers. There was, however, a problem. Since the baby was held by his heel so that he would not be washed away, the magical water had not covered that small part of his body. When Achilles was a grown man he appeared to all to be invulnerable to the enemies’ weapons. However, in the battle against Troy, instructed by one who knew the weakness, an enemy soldier aimed his arrow at Achilles’ unprotected heel, the one spot where he could be injured.

The strike proved fatal. Still today, the phrase “Achilles’ heel” refers to the vulnerable part of a person, a plan, or an institution at which if attacked there is no protection. The same principle applies to ruthless dictatorships. They, too, can be conquered, but most quickly and with least cost if their weaknesses can be identified and the attack concentrated on them.

Rwanda at a glance

-The cooperation of a multitude of people, groups, and institutions needed to operate the system have been somehow restricted, epitomized by the fact that new political groupings formed in 2010 and later on, attracted huge following.
-The requirements and effects of the regime’s past policies have somewhat limited its present ability to adopt and implement conflicting policies.
-The system has become routine in its operation, less able to adjust quickly to new situations.
-Subordinates fearful of displeasing their master PK more often than not report inaccurate or complete information needed by the dictator to make decisions.
-The RPF ideology has eroded, and myths and symbols of the system have become unstable.
-Internal institutional conflicts and personal rivalries and hostilities have destroyed and even disrupted, Kagame’s operations.
-Intellectuals and students have become restless in response to conditions, restrictions, doctrinarism, and repression.
-With so many decisions made by so few people in the system, mistakes of judgment, policy, and actions have resulted.
-His internal nucleus has disintegrated, and so has the revolutionary bond that held his party together.
-The international community, thanks to the opposition, is bracing for a change.

A Fourteenth Century Chinese parable by Liu-Ji, outlines a somewhat neglected understanding of political power quite well: In the feudal state of Chu an old man survived by keeping monkeys in his service. The people of Chu called him “ju gong” (monkey master). Each morning, the old man would assemble the monkeys in his courtyard, and order the eldest one to lead the others to the mountains to gather fruits from bushes and trees. It was the rule that each monkey had to give one-tenth of his collection to the old man. Those who failed to do so would be ruthlessly flogged. All the monkey’s suffered bitterly, but dared not complain.

On the same night, watching that the old man had fallen asleep, the monkeys tore down all the barricades of the stockade in which they were confined, and destroyed the stockade entirely. They also took the fruits the old man had in storage, brought all with them to the woods, and never returned. The old man finally died of starvation. Yu-li-zi says, “Some men in the world rule their people by tricks and not by righteous principles. Aren’t they just like the monkey master? They are not aware of their muddle headedness. As soon as their people become enlightened, their tricks no longer work.”

With knowledge of aforementioned weaknesses, the democratic opposition should seek to aggravate these “Achilles’ heels” deliberately in order to alter the system drastically or to disintegrate it. The conclusion is then clear: despite the appearances of strength, all dictatorships have weaknesses, internal inefficiencies, personal rivalries, institutional inefficiencies, and conflicts between organizations and departments.

These weaknesses, over time, tend to make the regime less effective and more vulnerable to changing conditions and deliberate resistance. Not everything the regime sets out to accomplish will get completed. At times, for example, even Hitler’s direct orders were never implemented because those beneath him in the hierarchy refused to carry them out. The dictatorial regime may at times even fall apart quickly, as we have already observed.

This does not mean dictatorships can be destroyed without risks and casualties. Every possible course of action for liberation will involve risks and potential suffering, and will take time to operate. And, of course, no means of action can ensure rapid success in every situation. However, types of struggle that target the dictatorship’s identifiable weaknesses have greater chance of success than those that seek to fight the dictatorship where it is clearly strongest. The question is how this struggle is to be waged. In our case, the trick is the people’s power to resist.

Now back to the citizens’ action of blocking the road. These citizens should know or have reasons to know that the degree of their repression is a measure of to what extent they are able to tolerate that repression. In Korea, railway workers brought down a regime. In Tunisia, a hawker set in motion a regime change. How about withholding factors of production rather than demonstrating when your factor of production is not compensated? Supposing Rwandan farmers refuse to sell their produce to food merchants? The regime would be down in days. Supposing public servants stay in bed, the regime would be down in days. On that note; Rwandans have what they deserve. 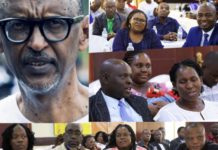 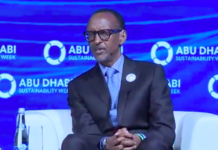 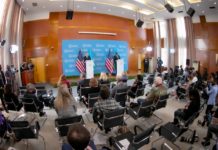