Is Kagame’s trip to China to attend the World Economic Forum in Tianjin a coincidence of events or a planned divorce from the West?

With the new and fresh allegations finger pointing to the brain child of President Kagame the M23 of gross human rights violations in Congo by Human Rights Watch, Kagme is not only vulnerable for criminal consequences but also economic sanctions which have already paralyzed and disorganized his economic program. Indeed, the so called Kwihesha Agaciro Fund in which all the government employees are forced to pay their monthly salary is a vivid testimony that the hard currency is drying up in the coffers of the government led by RPF regime and Kagame as his personal enterprise.

As I have mentioned above a report published on Tuesday by Human Rights Watch, the US rights group, accuses M23 rebels of carrying out war crimes, including summary executions, rape and forced recruitment of child soldiers, since they broke away from Congo’s army in April and occupied territory north of the city of Goma.

Under International Law, Rwanda’s alleged involvement with the rebels makes Kigali liable to charges, Human Rights Watch contends, arguing that the UN Security Council should already be considering sanctions on high-ranking officials allegedly responsible for violations of an arms embargo and of international criminal law.

The Human Rights group further argues that “From a legal perspective, because Rwanda is directly involved in the conflict both in providing recruits and fighting, it could be made accountable for war crimes,” Anneke van Woudenberg, senior Africa researcher at Human Rights Watch, said.

Like President Kagame, former President Idi Amin Dada’s rule was characterized by gross human rights abuse, political repression, ethnic persecution, extrajudicial killings, nepotism, corruption, and gross economic mismanagement. The number of people killed as a result of his regime is estimated by international observers and human rights groups to range from 100,000 to 500,000.

During Amin’s years in power, he shifted in allegiance from being a pro-Western ruler enjoying considerable Israeli support to being backed by Libya’s Muammar al-Gaddafi, the Soviet Union and East Germany. In 1975–1976, Amin became the Chairman of the then Organization of African Unity, a pan-Africanist group designed to promote solidarity of the African states despite all the gross human rights violations. Similarly, during the 1977–1979 periods, Uganda was appointed to the United Nations Commission on Human Rights, when in fact the human rights violations were at the highest.

When the West, including former Amin’s allies namely UK and Israel withdrew their support, Amin responded by expelling all the Indians with British Citizenship and in 1977, after the last two British diplomats withdrew from Uganda, Amin declared he had beaten the British and added “CBE”, for “Conqueror of the British Empire”, to his title. Radio Uganda then announced his entire title: “His Excellency President for Life, Field Marshal Alhaji Dr. Idi Amin Dada, VC, DSO, MC, CBE”.

However, dissent within and outside the country was mounting and and Amin’s error of an attempt to annex the Kagera province of Tanzania in 1978 led to the Uganda–Tanzania War and the demise of his eight-year regime. Amin later fled to exile in Libya and Saudi Arabia, where he lived until his death on 16 August 2003.

From the above perspective we can draw the same analysis that when dictators are frustrated with the accountability and questions on human rights violations, they always look for an alternative. It is therefore in this context that Kagame is killing many birds with one stone. Kagame knows very well that China will not ask him about the killings of his own people, freedom of association, freedom of press, or opening of political space. China will not put President Kagame on task for an explanation on how Alex Bakunzibake is picked from the tax in bold daylight and thrown in a swamp in Uganda left for death to take its course.

President Kagame knows that, China will not ask him, why he has violated the sovereignty of Congo several times and now supporting the notorious rebel group led by the International War Criminal Bosco Ntaganda who is indicted by the International Criminal Court (ICC). As the saying goes, the days of a thief are 40, President Idi Amin clocked his days and by 1978, the number of Amin’s supporters and close associates had shrunk significantly, and he faced increasing dissent from the populace within Uganda as the economy and infrastructure collapsed from years of neglect and abuse. After the killings of Bishop Luwum and ministers Oryema and Oboth Ofumbi in 1977, several of Amin’s ministers defected or fled into exile. In November 1978, after Amin’s vice president, General Mustafa Adrisi, was injured in a car accident, troops loyal to him mutinied. Amin sent troops against the mutineers, some of whom had fled across the Tanzanian border. President Amin accused Tanzanian President Julius Nyerere of waging war against Uganda, ordered the invasion of Tanzanian territory, and formally annexed a section of the Kagera Region across the boundary.

President Nyerere retaliated by mobilizing the Tanzania People’s Defense Forces and counterattacked, joined by several groups of Uganda exiles who united as the Uganda National Liberation Army(UNLA) and forced him into exile on 11 April 1979 despite military help from Libya’s Muammar Al –Gaddafi.

The comparative analysis of Idi Amin and Kagame in this article is to help the reader to draw his/her own conclusion on the fate of Kagame and his close henchmen and of course our country Rwanda. Since the departure of Kayumba Nyamwasa the former Army Commander a close comrade and colleague to president Kagame, Kigali and the whole country has changed, soldiers are deployed everywhere as if the country is at war. The political environment is almost or less the same with Idi Amin’s times, Kagame has ordered the massacre of Bishops, he has killed his comrades, and many who have survived his spear have gone into exile, suppression of political dissent is the order of the day in Rwanda. President Kagame like Idi Amin is obsessed with expansionism that’s why he is always attacking his neighbor Congo in the pretext of fighting Interahamwe and FDLR. Some political analysts have asserted that Kagame has already planned an independent North Kivu under his proxies, CNDP, and now M23, the United Republic of North Kivu.

With political pressure on all sides, and wars that are not in the interest of the Rwandan People, enemies camping outside and inside the country, Kagame feels threatened and without away out of this dilemma because of the international crimes still hanging on his head, I’m afraid he will start to attack everybody, and in fact he has started, for those who are still in doubt of the next step of Kagame’s political direction should read on how Amin killed even his own relatives. It is unfortunate that many people are still looking the other way as many people continue to disappear, receive anonymous calls, harassed, killed, or incarcerated just because they have different political views. What is upsetting though about Rwandans is that while some people are suffering under Kagame’s dictatorial regime, many are laughing thinking their turn will never come, but whenever violence occurs in the state, it eventually overflows to everyone. 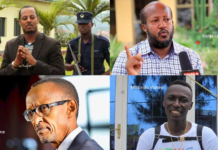 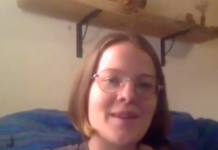 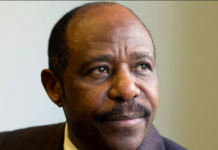 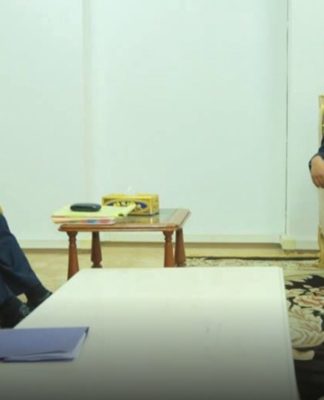