This is a question anyone caring for women’s rights around the world, and particularly in Africa, should have in mind, when Graca Machel will be in Rwanda among the facilitators of the World Economic Forum (WEF) Africa.

Between May 11 – 13, 2016, the annual gathering of the WEF outside Davos will be held this time in Kigali – Rwanda. The cream of the 1% dominating the world in almost every aspect will be represented to discuss a range of economic priorities.

For anyone not familiar with WEF conferences, they bring together the world’s elite (from CEOs of multinationals like Starbucks, Facebook, Microsoft, Yahoo, Glencore to leading world prize winners in entertainment, passing by representatives of western-led international institutions like IMF and WB. Presidents and prime ministers of countries take as well part in good number.

WEF gatherings usually help shape the dominant doctrine in terms of economic development mainly led by neo-liberalism, which has at its core the power of the market forces. In other terms, WEF meetings promote capitalist policies, which, among other things, have brought to citizens around the world, wars, dictatures, inequalities, and other typical characteristics.

For people seeking political change in Rwanda, the WEF event in itself should be an opportunity to raise awareness about the real situation on the ground, firstly at the regional level, secondly inside the host country, by telling it as it is to the world’s elite, while it will be gathered in Kagame’s kingdom.

In the previous conference held in Switzerland, president Kagame, though being praised for the wrong reasons of economic miracles that the majority of Rwandans don’t know about, he failed to convey to his audience how those extraordinary achievements were made.

Informed sources know substantially that Rwandan claimed economic miracles are fundamentally flawn. On top of the fake economic development, the level of repression is unprecedented. The event should be an opportunity to showcase the plight of Kagame’s victims: his citizens.

Abuses of ordinary citizens and seekers of change

Among the world’s elite which will be represented in Kigali at the mentioned event will be Graca Machel. In her own right, she is an international figure advocating for human rights, but especially those for women in Africa.

Ahead of this WEF gathering in Rwanda, there seems to be a general crackdown on dissent and ordinary voices, and even further abuses on those already imprisoned. Just to name a few of such cases, several news outlets have highlighted those concerning Eric Nshimyumuremyi, Me Bernard Ntaganda,Illuminee Iragena, and Victoire Ingabire.

These cases are the tip of the iceberg, because abuses of human rights committed by the regime towards the general population are commonplace. For example, on Saturday 07/05, Theodosie Uwamahoro, a 28 years old woman who happened to be a street vendor in Nyabugogo – Kigali main market in its suburb, was the most public and recent victim of Kagame’s forces brutality.

The victim was beaten to death by Joseph Ndayizigiye, Eric Kaneza and Venuste Turabumukiza, all security officers at the lowest level. Her case could fall among those that Graca Machel advocate for: economic rights for women to live decently and educate their children. But the disempowerment of these victims seems even embedded in the design of the preparation of the conference.

Francis Gatare, CEO of the Rwanda Development Board, declared to the news outlet CNBC Africa that the WEF Africa was going to be held in Camp Kigali, a former military facility. That is where World Economic Forum will have its main halls and tented venues.

Why is Kagame holding this high level international conference in a former military facility? What is the symbolism behind such plan, if any? Would he want to also take the economic world elite as hostage as he has done so far with the political one to hide his crimes in the Rwandan and regional tragedies of recent years?

Everybody following closely the Rwandan political scenery is aware that Kagame has militarised every aspect of the social and economic lives of the country. Everything is led, controlled and owned by his military men, either in uniform or not. From journalists, to lawyers or drivers and students. North Korea cannot do better.

When he cannot have his subordinates under full military training programmes to obey him blindly as soldiers do towards their hierarchy, he arranges to bring them into military camps, and makes them wear uniforms before he lectures to them.

Is he planning to make the international economic elite listening to him as blindly as his soldiers do by staging the WEF conference in a former military facility? We know Kagame’s regime has cooked many economic statistics to prove Rwanda to the world to be an economic wonder of extraordinary success.

After being lectured in the symbolism of a military camp, who, among the world’s economic elite will, from now on, ever contest Kagame’s manipulations of the facts on the ground, where the population is fleeing the country because of hunger, or where political prisoners such as Victoire Ingabire, Deogratias Mushayidi and others are innocently spending years in jail?

WEF Africa discussions will be held in tents set up in a former military camp. This will probably set the tone on how delegates should view the Rwandan landscape in political, social and economic terms. The abuses civilians are victims of will be perceived and interpreted through irrational, tinted or blurred lens.

In the name of the Rwandan women, some currently viewed as political stooges (paid and used by the regime to serve its national and foreign policy agendas, because they sit in parliament and other high positions, but have no say on Kagame’s decisions for the country), and others who are the majority and victim in every imaginable way (driven into poverty, dispossessed, unemployed, legally abused, sexually exploited, orphaned, forcibly widowed, and many other scenarios of victimisation), will Graca Machel stand?

As one of the facilitators of the conference, Graça Machel, with an impressive international status, could ask Kagame to release Victoire Ingabire, whose victimhood encompasses the suffering of all Rwandans under RPF’s regime, and in a certain way, all the hundreds of thousands of Congolese women and girls raped over the years with the complicity of the same Rwandan president, plus the Burundian women in today’s refugee camps across the region, that he drove out of their country for political calculations. 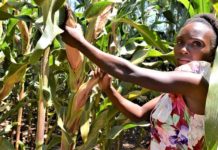 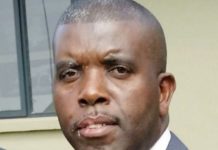 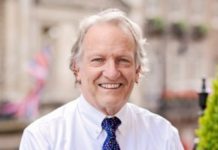