General Paul Kagame is not doing a good job in coordinating his lies. Take the case of electricity, as an example. According to the Rwanda Utilities Regulatory Authority (RURA), Rwanda plans to reach “the level of 563 Megawatts electricity production by 2018 which will fulfil the population’s demand by 70% and decrease the dependence on fuel wood.” We are of course nearing the end of 2018.

Here is the problem. Another Kagame government’s agency is telling us an entirely different story. The national utility company, the Rwanda Energy Group (REG), says that Rwanda, in 2018, has 218 Megawatts. REG informs us that Rwanda will reach 586 Megawatts in 2024. That is six years from now, assuming that claim ever materializes.

Kagame’s Rwanda reminds us of the infamous statement that “If you tell a lie big enough and keep repeating it, people will eventually come to believe it.” Kagame would have us believe Rwanda has plenty of electricity. In reality, Kagame has a pathetic 218 Megawatts in a country of 12 million people. By comparison, a single Google data center has 407 megawatts of energy. In other words, installed power at one Google data center is nearly double the available electricity in Kagame’s Rwanda. How embarrassing for a man who says he has transformed Rwanda into the Singapore of Africa. 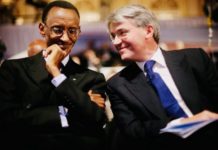 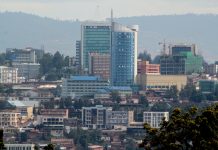 Rwanda: Poverty Increased by 5.7% Bringing the Population Under the International Poverty Line to 66.2 Percent 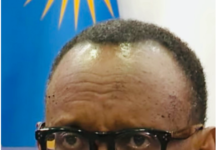 A Letter to President Kagame: COVID-19 and Rethinking Our Development Path