Fighting that started four days ago flared into major clashes on Sunday between the M23 rebel movement and the Congolese army north of Goma, the de facto aid capital of the country’s war-ravaged east.

The M23 rebels halted their advance just outside Goma. The rebels warned they would seize the city if they came under attack from the army, which said it was trying to avoid a “bloodbath” in the area.

A UN peacekeeping spokesman said in New York that UN attack helicopters had fired cannons and rockets at the rebels but could not stop their advance and that they were now near Goma airport.

UN forces have supported government troops in the region “including carrying out sorties and firing from four attack helicopter missions that have fired rockets and cannon rounds,” spokesman Kieran Dwyer said, after similar action on Saturday.

EU joined the UN in calling on the rebels to halt their advance, with foreign policy chief Catherine Ashton voicing “great concern” about the developments in the area.

“I call on the M23 to immediately stop the military offensive against the city of Goma,” she said in a statement.

The majority of Western aid agencies’ expatriate staff was ordered over the border into Rwanda, and operations to help up to 500,000 people who fled earlier fighting were under threat.

In Goma, the streets were empty on Sunday apart from isolated Congolese army units patrolling in tanks. There were several reports that the majority of government soldiers had fled the city.

“We are very, very afraid of what can happen tonight,” said one Goma resident, a motorcycle taxi driver who gave his name only as Felicien.

“The army has deserted us, the city’s leaders have deserted us, the United Nations has deserted us. All we can think to do is to lock the door and pray to God that no one comes to steal from us or harm us. The children have been crying all day.”
Goma woke to the sounds of heavy weapons and gunfire soon after 6am on Sunday, as the M23 forces fought their way south to reach as close as two miles north of the city’s outer suburbs.

The M23 movement is largely made up of commanders and foot soldiers from an earlier rebel group that in 2008 also almost overran Goma, before a ceasefire and eventual peace deal, which has proven contentious.

It is led by Bosco Ntaganda, who is wanted by the International Criminal Court for alleged war crimes, and Sultani Makenga, who is accused of ordering the conscription of child soldiers to his forces.

A report for the UN Security Council earlier this year accused Rwanda and Uganda of funding or supporting the rebels, prompting donors including Britain to freeze aid. Both countries deny the allegations.

One M23 spokesman, Col Vianney Kazarama, boasted on Sunday that his forces would take the city, adding that “we will sleep in Goma tonight”.

But by late afternoon, the fighting had died down and other M23 commanders claimed that they had no intention of continuing their advance into the city centre.

“We are here in Monigi, we are in control and this is where we will stop, unless we are again attacked and we have to defend ourselves,” said one commander who refused to give his name as he was not an official spokesman.

As many as 50,000 people were thought to have fled ahead of this latest rebel advance.

One of the region’s largest camps for people already forced from their homes, at Kibati, 10 miles north of Goma, was said to be “empty”. The 35,000 people who were living there were streaming into Goma or other nearby camps.

It is expected that UN peacekeepers will again try to keep the rebels from entering the city, but a security source in Goma said that he doubted they would “properly engage the enemy” for fear of civilian casualties. 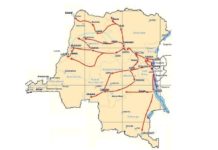 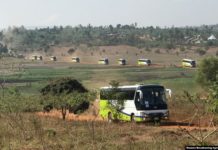 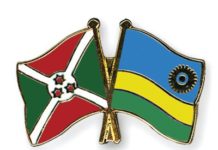