In 2017 56 UN peacekeepers were killed in malicious acts such as when they were deliberately attacked, the most fatalities of that kind since 1994. All but one of the fatalities resulted from operations that included “stabilization” in its name.

Four blue-helmeted UN peace operations have had “stabilization” included in their title. These include operations in Haiti, the Democratic Republic of the Congo, Mali and the Central African Republic.

The UN has not defined stabilization in official documentation. As a result, the practice of stabilization by UN forces has developed organically in recent years. The Security Council has given increased attention to the concept with recent research showing the term is used more and more during open meetings. In 2001 stabilization was mentioned in 16% and by 2014 the use of the term had spiked to 44%.

Nevertheless, when mandating peace operations the Security Council has not given a consistent indication of what activities fall under stabilization. Likewise, UN personnel have differing understandings of what the term means.

The mandates of stabilization missions have one major similarity – they are routinely instructed to support efforts that extend state authority.

In the stabilization mission to the Democratic Republic of the Congo, for example, this is achieved through the use of a Force Intervention Brigade. The brigade operates in cooperation with Congolese forces and is mandated “to prevent the expansion of all armed groups, neutralise these groups, and to disarm them”. The brigade has used offensive rather than defensive force, which is not the norm in UN peace operations.

These two examples illustrate that stabilization missions are increasingly acting in concert with government forces, posing a potential problem on two fronts. First the UN risks alienating communities it is mandated to protect and, second, the increased intensity of violence against UN forces puts those troops at greater risk.

What does stabilization mean?

The UN appears to have adopted a combination of US and UK understandings in its approach to stabilization. The US sees stabilization as militarily defeating an insurgency to give the “legitimate authority” the monopoly on the use of force while supporting a locally owned transition.

The UK, however, sees stabilization as civilian led action undertaken with military support aimed at long-term recovery from conflict.

Both the UK and US are heavily involved with the mandating and planning of operations as part of the Security Council’s P3 (US, UK and France). The three are the so-called “penholders” on most resolutions relating to UN peace operations.

As a result, UN stabilization missions typically do two things. First, they displace and deter armed groups and, second, undertake peace building activities to entrench state authority and create state legitimacy in the power vacuum left behind. Depending on the situation, the displacement and deterrence of armed groups has been sought by using offensive force or by taking a robust defensive posture.

This approach can be seen in the UN stabilization mission in the Central African Republic. When the mission was deployed in 2014, the state had little authority beyond Bangui, the capital. From the outset UN forces understood robust force would be needed to support the state’s authority outside Bangui and to prevent armed groups from entering the capital.

Three examples bear this out. In February 2017, UN troops opened fire on 40 members of an armed group approaching the city of Bambari. An airstrike was used to show that the armed group had crossed a “red line” around the city that had been imposed to protect civilians. The UN mission also announced that a joint deployment was underway with Central African forces to establish state authority in Bambari.

In January 2018, the UN launched a joint military operation with government forces to deter armed groups from entering the town of Paoua. The most recent example was in April 2018 when UN forces undertook a “joint disarmament and arrest operation” alongside government forces. The targets were criminal groups that threatened civilians and obstructed state authority. The operation led to exchanges of fire and the death of a peacekeeper.

The Congolese, Malian and Central African missions have all operated during ongoing conflicts in contrast with traditional operations where there is peace to keep. These missions are also mandated to use varying degrees of proactive, robust force to prevent attacks on themselves and people they’re trying to protect. This invariably means extending a state’s authority.

Consequently, the lines are increasingly becoming blurred between using robust force for protective purposes and the use of offensive force to fight an enemy alongside the host state government.

It may be the case that the UN has now set a precedent of entering conflict zones ready to stand its ground and fend off armed groups rather than wait for peace to keep. But there are risks.

One is increased peacekeeper deaths where troops are increasingly targets of attack. The other is that support from UN member states may wane in the long term as the dangers associated with contributing troops multiply.

What is undoubtedly true is that stabilization efforts will have an effect on the civilian populations the UN is there to protect. The robust use of force by well equipped peacekeepers who can access the latest intelligence and logistical equipment from Western contributing states could lead to the effective deterrence of armed groups and a better chance at a normal life for civilians.

But the importance of who the UN chooses to work with cannot be underestimated. Where the UN seeks stabilization in cooperation with the government it risks marginalising communities disillusioned with the current regime. The UN promotes local ownership in peace building, yet this may be prove more difficult to achieve where UN personnel are seen to be synonymous with state authorities that aren’t trusted by sections of the population. 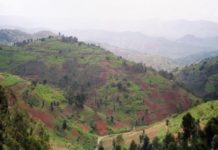 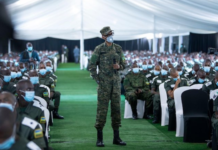 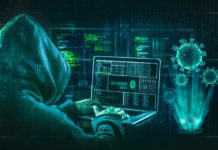 What Hackers Do With Your Data